Janet Horner, who lives in Tilling Avenue, was getting worried, as were her neighbours, about the high grass at the back of their houses. Watching the many fires across England and the wider world, she felt that the grass was dangerously high. There is a path, which schoolchildren and people with dogs often use, across the field. Janet decided to do something about the uncut grass, as fourteen houses and flats could be affected. It took her several emails and calls before Rother explained that the task of all the fields were outsourced to idverde. She then contacted that company who told her that there were only tasked to do the mowing once a year because of rewilding, and they had to be instructed by Rother.

Not giving up, she went to the fire station and asked their opinion. They agreed with her that it was a danger because of the height of the grass. Back to Rother and this time a very helpful person from customer service answered the phone, and promised to get in touch with idverde to tell them it was time to mow.

The message came back to Janet that it would be done on Friday, July 29. This was on Thursday, July 28. Unbelievably, by midday Friday, July 29 the whole field was done and checking afterwards, it was found that so was the Salts which also had grown too high.

Congratulations to Janet Horner, for her determination to keep the neighbourhood safe and not giving up when initially there was little interest or help from Rother. 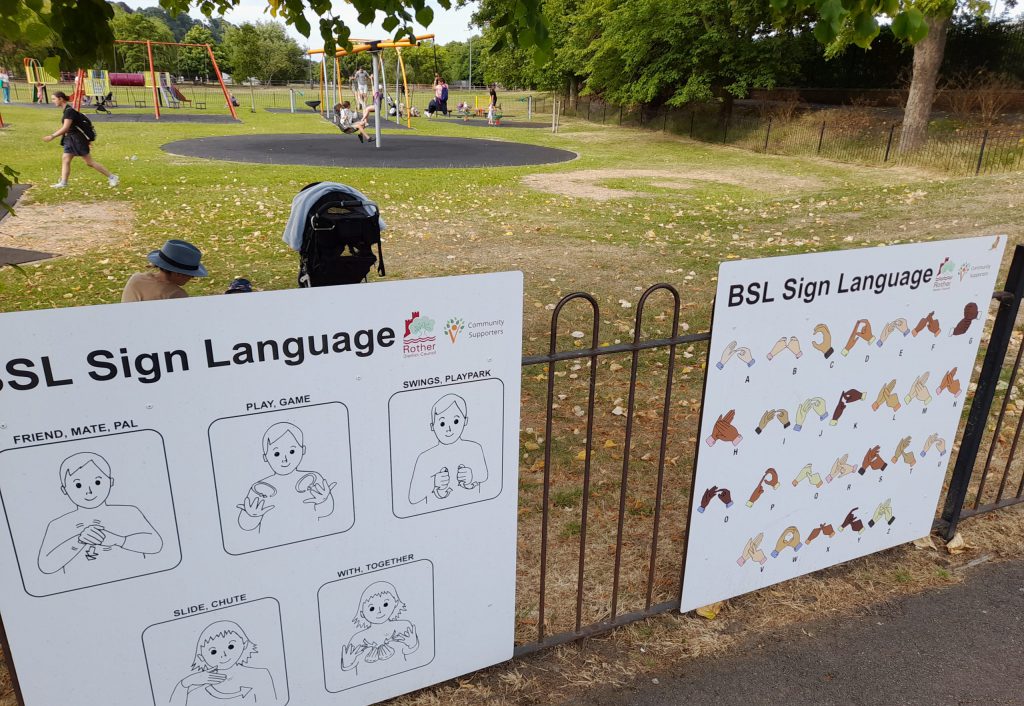 I have tried to bring to Rother’s attention two matters, going through Rye Town Council. The first was about the sign language posters on the fence of the playground on the Salts. It is not clear who had this bright idea to put two large boards on the fence. However, whoever put them up had a bad day as they were screwed on the outside of the playground and facing towards the field where few people pass by.

There was a very helpful staff member who promised to contact them, which she did though no result yet. I have asked for someone to take them down and put them on the fence inside the playground facing towards the children and parents milling around as that would surely be more useful to interact with playing children and adults who might be deaf.

A second issue I brought to their attention was the zebra crossing at the roundabout near the  Kettle o’ Fish at the start of Winchelsea Road. Some of the stripes are quite faint and need to be repainted for cars to see them and stop to let pedestrians cross, especially in the dark. So far no response.