The public seats were packed for Monday’s Rye Town Council meeting, with a rates increase on the agenda, but the council only just managed to get its quorum of six councillors so that the meeting could actually go ahead.

But the public did not seem to be interested in the rate rise for the Town Council’s share of their rates bill, an increase of 4p a week to £1.77 per week for the average band D home. They were there to discuss:

However Rye Town Council’s’s 4p rate increase is minor compared to the other bodies also charging rates in each household’s total rates bill, and it is likely that Rother District Council (RDC), East Sussex County Council (ESCC) and the Police and Crime Commissioner will want the biggest increase possible because of government cuts to funding in preceding years.

Local county councillor and county council leader Keith Glazier told the town council that more money was now coming from central government for social care so some planned cuts in services had been delayed or deferred. However, he said, the county council would still need a 3.99% increase of £57 on the average property.

RDC is also likely to seek the maximum increase it can make because high costs associated with tackling homelessness have resulted in the council having to dig into its reserves. 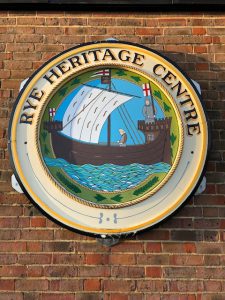 The town council then moved on to discuss parking, the Heritage Centre and the planning application off Ferry Road before returning to its finances – by which time all the public had left – and the accounts and the budget got little discussion.

The accounts showed that the Heritage Centre income for October/November was £9,421.60 compared to expenses of £12,555.39, while the budget versus actuals for April to November showed actual income of £80,434.80 compared to expected income of £104,075. So losses were continuing as visitor numbers declined despite making significant savings in the cost of sales and total expenditure.Turning to the council’s budget (for April to November last year) actual income for all council activities was down over £20,000 with over £11,500 of this reflecting town hall weddings cancelled following the fire at the George hotel.

Expenditure had been reduced however by over £83,000 mainly by stopping most grants to local bodies, cutting support for the Heritage Centre and cuts in payroll expenses.

However the actual accounts for the full financial year (to the end of March 2020) may tell a different story, and councillors agreed to continue the current ban on considering requests for grants from local organisations.

Councillors then agreed the draft budget for the coming year, along with four pages of 64 detailed notes explaining the assumptions on which the forecasts and estimates were based.

These include wedding bookings continuing to be affected by the George fire, tenants paying their rent on time, the council’s share of the emergency repairs to the Landgate, setting up the new Rye information point (to answer visitor enquiries previously dealt with at the Heritage Centre), cutting grass that ESCC no longer does, and rebuilding a wall at 7 Wish Ward.

However an unexpected event like the George fire can disrupt all the financial plans in the same way that Brexit uncertainty has affected the number of visitors coming to Rye and to the Heritage Centre.

The public part of the meeting then ended with a final question – is the new Rye information point – RIP – really the right name for the new place tourists have to visit in the town hall in order to find out about Rye? And no-one had an immediate answer.