Around 60 members attended Rye Conservation Society’s annual Christmas celebration on Friday, December 6, in the splendid setting of the council chamber at Rye Town Hall. And the winners of the society’s 2019 Townscape Awards collected their certificates at what was a most convivial gathering.

The guest of honour was Rye’s mayor, Michael Boyd, who found time in his busy schedule to drop in for a chat, a glass of wine and nibbles.

The society’s chairman David Bookless gave a short address before handing over to deputy chairman and chairman of the planning committee, Julian Luckett to announce the 2019 awards.

First was the recently restored signal box at Rye station, which has been repainted in the original colours of the Southern Region. Elliot Austin, senior asset engineer for Network Rail, was delighted to receive the prize as the railways are more used to brickbats than bouquets. Elliot explained that the restoration at Rye was a trial and following the success the refurbishment in the heritage colours will be run out across the East Sussex and Kent region. “This award validates what we believe is an important programme of investment in the railway’s assets and reconnection with our long history,” said David. 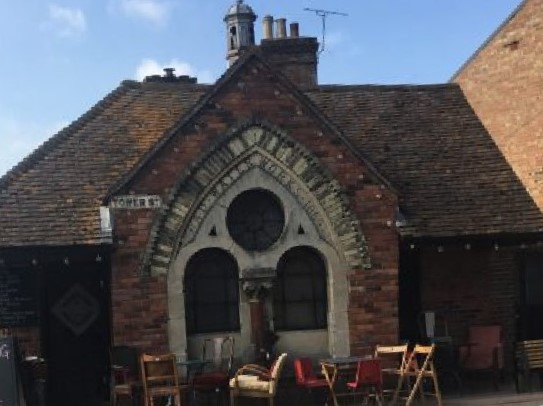 The second winner was the Rye Waterworks micropub in Tower Street which demonstrates how a decaying heritage asset can be restored, repurposed and revived by someone with vision and drive. Once a pumping station, then a soup kitchen and finally public conveniences the building was empty for years. Now, thanks to David Roder, it is a thriving, warm and welcoming pub and another jewel in the town.

And its neighbour in Tower Street, Merchant and Mills, also received a 2019 award following recent alterations to their premises. This is the second time they have won an award, as a thriving business has been grown in previously unloved premises. Julian Luckett said: “Rye is lucky to have such a business in town and the owners of Merchant and Mills are to be congratulated for what they have done with their retail premises.”

The fourth award went to Angela Bunyan and Andre Gilbert for the restoration of their home in Ferry Road. Julian Luckett said: “There is so much more to Rye than just the historic properties in the Citadel, and we feel that Angela and Andrew deserve recognition for how they have sympathetically restored a smaller, terraced property outside the centre of Rye and added to the overall built environment for later generations.”

Finally, Julian announced a craftsmanship award to Jim Tomlinson for the wonderful pointing he has done on the White House in the High Street. Julian said: “We are delighted that the town has local craftsmanship of the very highest standards and skills on its doorstep, and Jim’s work is a shining beacon of how pointing done properly complements the finest architecture.

“And we’d like to congratulate all the custodians of historic buildings who recognise the value of utilising good design skills, and genuine craftsmanship and knowledge. They are all very worthy winners!”

After the award presentations members enjoyed the opportunity to catch up with news and renew their memberships.  An excellent buffet was provided by Pete from Fletchers and was much appreciated by all. The good wine, organised by Allan Thomson following expert guidance from Diana and Kyriakos Hadjikakou, was much enjoyed on an evening that was mercifully clement.

The society is planning events for 2020 and more information will follow in due course on the website.