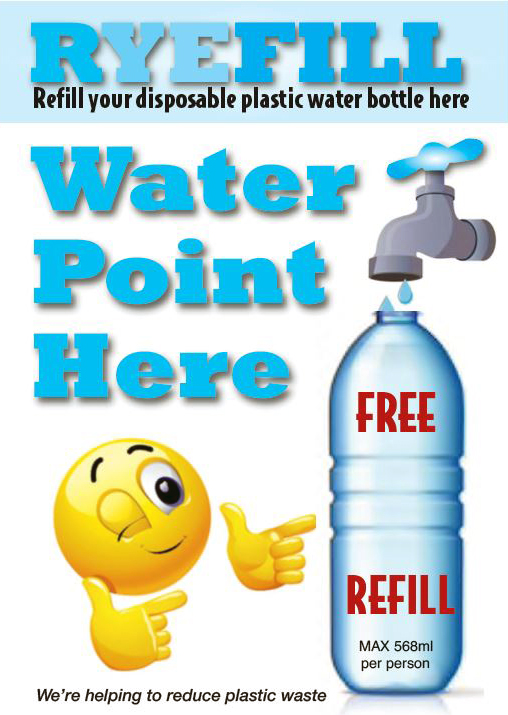 ‘Refill your plastic water bottle here’. That’s the message that’s appearing in cafés and charity shops round Rye as part of the campaign to reduce plastic waste.

The trail blazed in Bexhill and Battle has now come to Rye. Where you see the poster you can refill a disposable plastic bottle for free rather than just throw it away.

Distributing the posters, Liberal Democrat Councillor Howard Norton said, “The ‘RyeFill’ initiative is another small step in the battle against single-use plastics. Anything that raises the profile of the cause has to be worthwhile”.