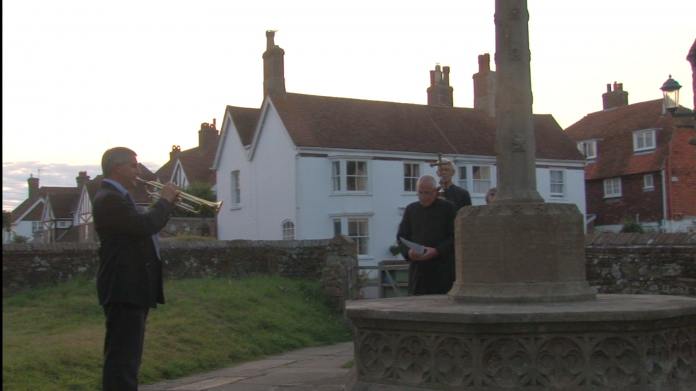 To mark the anniversary of the declaration of war on August 4 1914, Winchelsea turned out at the War Memorial on Monday night to hear a bugler play the Last Post at sunset for Edward Watson, one of the men who gave their lives in the Great War. A bugler will repeat this ceremony at sunset on the anniversary of the death of each soldier from Winchelsea. But August 4 was reserved for Edward Watson because the date of his death is unknown. A wreath was also laid and the church bell tolled. The ceremony at the War Memorial was followed by a vigil in the church.

Many houses in Winchelsea also participated in the British Legion’s ‘Lights Out’ act of remembrance by lighting a candle in a window while turning off other lights.