Rye Arts Festival celebrates its golden anniversary in 2021 and it is marking the occasion with two specially themed days – crime and spies.

The opening Saturday of the 2021 festival, September 11, has a day-long series of talks, all at the Tudor Room at the Mermaid Inn, by best-selling and award-winning crime writers Andrew Wilson, Nicola Upson, Ely Griffiths, and Martin Edwards. 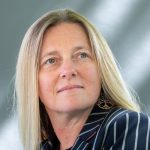 Find out what makes these authors tick, where they get their inspiration from, and who their heroes and heroines are in the world of crime writing. Q&A sessions follow each of the talks, for those needing tips on how to break into the crime writing world.

Saturday, September 18, sees the inaugural RyeSpy day. Some fabulous writers are coming to the Methodist Church on a day being flagged as “a celebration of all things spies, espionage, codebreakers and secret agents”

Dermot Turing starts the day, talking about his uncle Alan Turing and his code-breaking work at Bletchley Park, the trial he was subjected to, and his tragic suicide, the victim of an ungrateful and bigoted establishment.

Following Dermot, Tania Szabo will be talking about her mother Violette Szabo – of the Special Operations Executive (SOE) who was parachuted behind enemy lines in the second world war. Violette was an amazing heroine, who gave her life in the fight against the Nazis, for whom the word “bravery” isn’t strong enough. Tania’s story of her mother is surely a must-see event of the 2021 Rye Arts Festival.

David Burke will be talking about cold war espionage, focusing on the Kuczynski family, Soviet spies who operated in rural England for years, passing on vital nuclear secrets to Moscow with seeming impunity until they were finally uncovered.

The day closes with Paul Gannon, and “Before Bletchley Park”. He focusses on the civilian and naval codebreaking operations in the first world war, and how these shadowy operations were involved in so many major engagements in the Great War from the Battle of Jutland to the Somme. The cast of British eccentrics working behind the scenes is just as engaging as the better known stories of Bletchley Park.

Tickets for these talks, and all the 60 events covering classical and contemporary music, films, drama and much more, are available online or at ryeartsfestival.org.uk or from the box office via telephone on 01797 462168, or weekdays from Grammar School Records, on Rye’s high street.