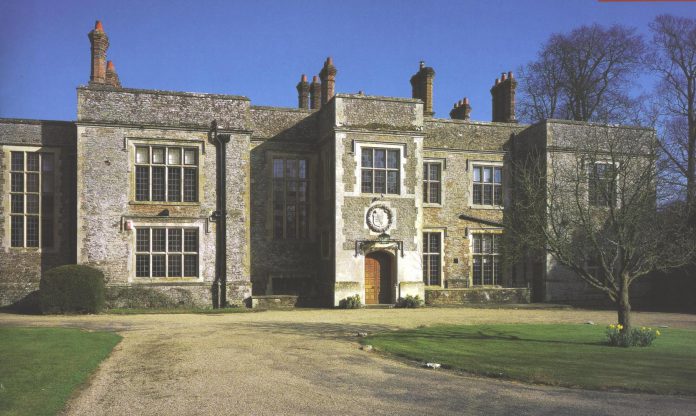 After months of rumour, it has finally been confirmed that the grandest house in Winchelsea is for sale. For a cool £4.5 million, you can buy Greyfriars. This six-bedroom country house, built in 1819, comes with accommodation for your nanny or other staff. It lies on the southern edge of the Ancient Town and has its own private road. There are no reported ghosts but the house featured obliquely in an unfinished novel by Thackeray, as the home of upstanding citizens and part-time highwaymen, the Weston brothers.

Greyfriars is being sold by Icklesham-based Stephen Rumsey and his wife Anne (or possibly their charity, Wetlands Trust). They bought the house over five years ago, reportedly for £3.3 million, along with the village shop, post office, tea room and butcher (only the village shop remains in business). They have recently sold another one of these properties. No one has lived in the main house at Greyfriars since it was bought by the Rumseys. It was occasionally used as offices.

Anyone purchasing Greyfriars will also be buying the ruins of the Church of the Greyfriars, all that remains above ground of the Franciscan monastery that was moved to New Winchelsea in 1285 and endured until the dissolution in 1538. However, these evocative remains are on the National Register of Scheduled Ancient Monuments at risk, so will eventually need some money spending on them, if they are not to fall down. Under the lawn, Winchelsea Archaeological Society discovered the foundations of the cloister and other monastery buildings. Greyfriars was previously owned by East Sussex County Council and was used as a day care centre for the elderly, as well as accommodating the Friary Gardeners, an organisation which offers horticultural training to people with disabilities. It was sold off in a controversial property deal in 2000.