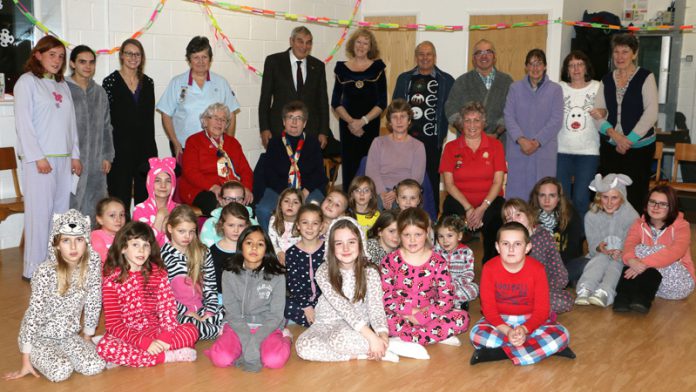 Christmas giving was still very much in vogue when Rye & Winchelsea Rotary Club attended a Brownies celebration held at Rye Scout HQ, writes Derrick Holman. Rye Rotary has given the group £300 which will be used to purchase a flag and other ancillaries. The local Brownie group was only started last September in the centenary year and can boast plenty of members already. It was fitting in view of this anniversary, that Rye should start a group which aims to foster character through regular meetings, special events, day trips, sleepovers, camps and holidays. Brownies also learn new hobbies, play music, explore other cultures and get adventurous outdoors. Rye Rotary’s association with the Scout HQ has been long and profound, with the organisation providing over £5,000 as well as professional and technical assistance with construction and planning issues.