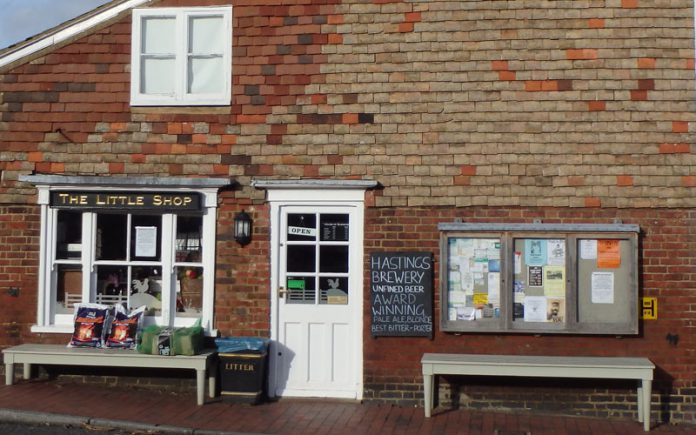 The company is the trading subsidiary of a local bird charity, Wetland Trust, set up by retired millionaire Icklesham hedge fund manager, Stephen Rumsey, and his wife Anne. The trust owns Pannel Valley Nature Reserve on the Pett Levels. The purpose of a trading subsidiary is to generate income for the parent charity but Winchelsea Farm Foods has never generated a profit. The company’s accountants, Gibbons Mannington & Phipps, emphasised that the company would not be considered a going concern but for personal guarantees ultimately from Stephen Rumsey via the trust. The trust has so far loaned Winchelsea Farm Foods £4.8 million and Rumsey has loaned the trust £9.2 million.

Although another general store will be opened further down Winchelsea High Street, it will be inside the premises that already houses a butcher, delicatessen and tea shop. The conglomeration of the businesses has led to three redundancies. Many residents fear that the loss of the shop’s central location and the lack of visibility from the street will seal its further decline and eventual closure. Others are concerned about the future of Winchelsea’s only remaining tea room, which will be reduced to just 10 seats.

There is also disquiet about the fate of the Little Shop building. This was bequeathed to the National Trust as part of the Wickham Manor estate with the intention that it should remain a village shop. The National Trust sold the building in 1997 to a resident, property owner Tony Jasper, who sold it to the Rumseys in 2007. The sale of the building led to the sale of the Little Shop business, which had until then been successfully run by the community since its closure after a fire in 2001.

The fate of the Little Shop building is unknown but local conservation lobby Winchelsea Heritage succeeded in having the building designated by Rother District Council as an “Asset of Community Value” in 2013. This gives the community six months to organise a bid for the building, should it be put on the market other than as a village shop.