On August 31, 2019, Madison’s, the ladies dress shop at 96 High Street reopened with a splash of publicity following its forced closure earlier in the year as a consequence of the  fire at the George Hotel, as covered by Rye News.

Owners Max Hutton and Siobhan Kepplar had wanted to open a shop on the High Street for some time and had at last realised their dream. The shop was soon rebranded, stock arrived and the new facia installed, the doors opened and at last their new venture was up and running, Madison’s had arrived in style. 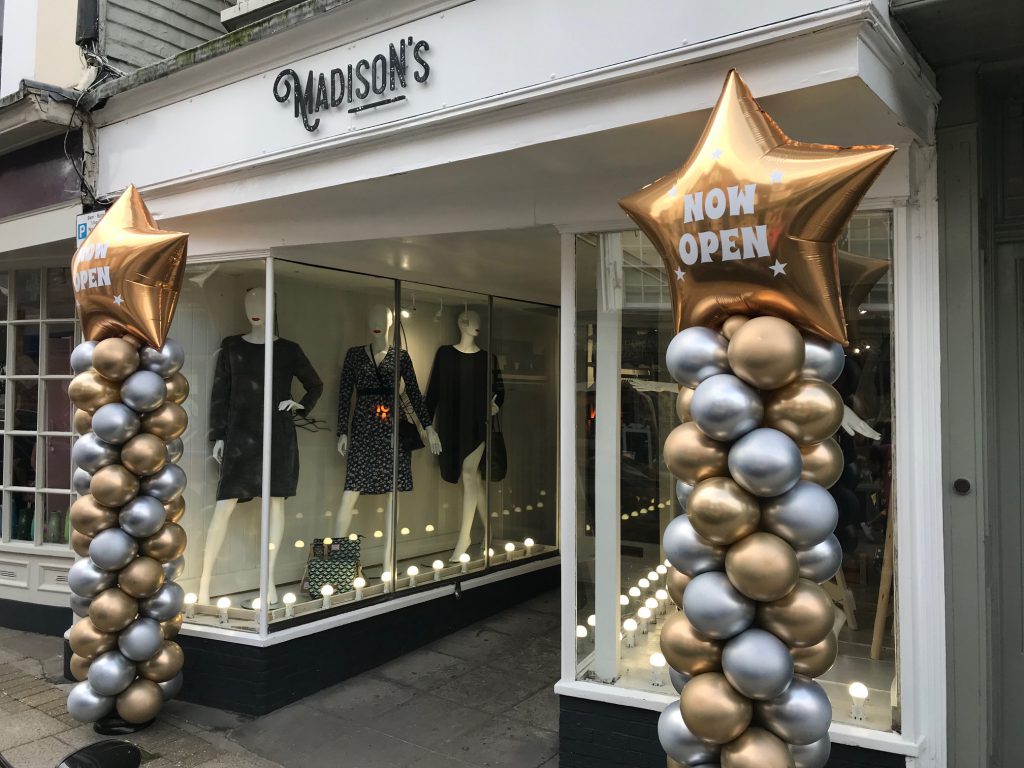 However, despite their best endeavours and according to a local trader, as of 6pm last Monday December 30 the shop window was fully stocked but by 10am the following morning, Tuesday December 31, the shop had been stripped bare overnight and the owners had vanished.

Whatever the background is that led to the owners’ decision to close down prematurely, we now have yet another empty premises on the High Street which won’t do Rye traders any favours at all.

From talking to other local businesses over the last few months it is becoming more and more apparent that many shops and businesses are being badly affected by the economic downturn, high rates, overheads and fixed costs, previous Brexit uncertainty and online competition.

As we know, the fire at the George Hotel was truly devastating, not just for the owners but also their staff, the supply chain, their guests, visitors and neighbouring traders. It was a focal point within the town in so many ways and for so many differing events and functions. Visitors and guests would have toured the town buying gifts and souvenirs, many would have eaten out in the town or at least had a morning coffee, toured the sights and visited the festivals, galleries, Kino, restaurants, bars, shops and the numerous tourist attractions.

For the moment, and until the George is up and running once again (which we understand could be 18 months or more) many of these visitors who would normally be spending money supporting our local businesses are just not there or at best, fewer in number and this is undoubtedly having a much wider effect on the town that might at first have been envisaged.