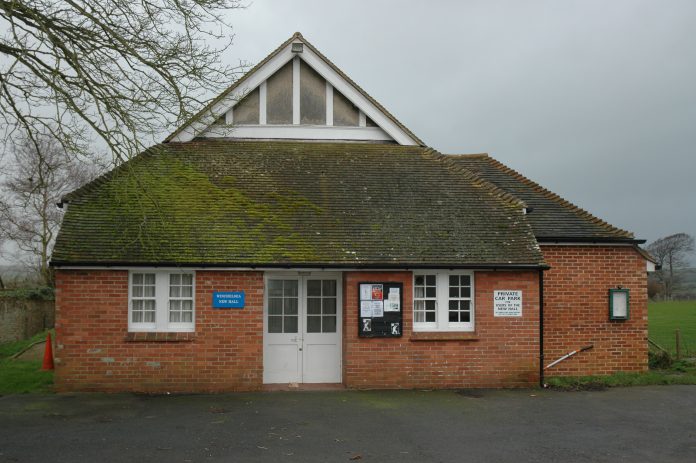 The New Year will see a newly-elected committee get down to work to try to revive the fortunes of Winchelsea’s New Hall. The new Chairman Robert Holland has promised that this vital village facility would be made more open and more inclusive, and would be run for the “whole” village.

At a well-attended EGM before Christmas, a new constitution was adopted, trustees were changed and the two committees previously involved with the running and funding of the hall were merged into one. The membership of the New Hall will be all residents on the electoral list for Winchelsea ward.

A new broom appears to have swept into the New Hall following conflict within the previous management committee. This was apparent in barbed remarks and recriminations by the former Chairman at the last AGM. Some residual antagonism flared up at the EGM. But it was evident at the EGM that the changes at the New Hall have otherwise generated a sense of optimism in the rest of the village.

Nevertheless, the new committee will have to overcome a legacy of discontent among many residents and societies. These stem from past actions by previous committees, such as placing restrictions on elected parish councillors holding community meetings, attempts to arbitrarily hike hire charges for one society where a New Year event had proved successful, charging for the use of licences not actually used (which led to the winding up of one society), and the failure of previous committees to reply to complaints.

However, the most urgent task of the new committee will be to resuscitate the finances of the New Hall. A couple of years ago, the hall appeared to be virtually bankrupt. The treasurer extended the financial year to 13 months to disguise its problems, a ruse which raised eyebrows, as did the fact that the treasurer and examiner of the New Hall’s accounts are cousins.

The operational management of the New Hall has also long been the subject of criticism. Complaints have included an insufficient inventory of crockery and its unhygienic state, the lack of a dishwasher, a limited supply of hot water, as well as wasting money on domestic rather than commercial kitchen fittings and buying thermal window blinds too small for the hall’s windows.

But in an attempt to put the past behind the New Hall, the new committee will shortly be undertaking a community consultation to try to better understand what residents would like to see happening at the hall. One priority that has already received popular support is the need for an audio system and hearing loop. At the EGM, many in the audience struggled to hear all that was said.