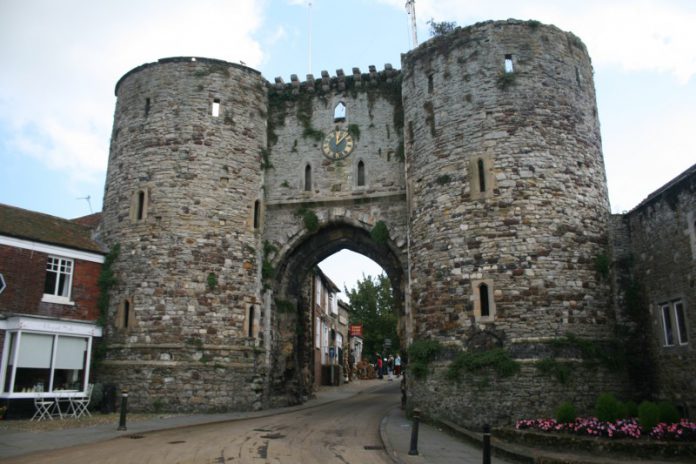 Roadworks in Cinque Ports Street and an unhelpful “satnav” nearly brought the centre of Rye to a halt. A National coach turned right through the Landgate into Hilder’s Cliff before the driver realised the road ahead was not suitable for a massive coach – but there was no warning signage at the Landgate to say so.

Coaches coming out of the station coach car park, and turning up Rope Walk, normally expect to be able to turn right into Cinque Ports Street in order to go west, but the road is being dug up and traffic has been diverted around South Undercliff. However the driver said his “satnav” sent him through the Landgate instead.

Traffic was then held up for some time in Tower Street and further back as he carefully reversed towards and through the Landgate. Diversion notices had pointed him left down Landgate in order to get on to the A259, but his “satnav” decided otherwise – and ancient monuments like the Landgate can not have signs attached to them. However, as a builder’s lorry also recently had major problems turning left from Lion Street into the High Street, the coach may have made the case for better signage. And there may need to be a traffic restriction in the High Street on vehicles over a certain length and width as, while the Landgate did not stop the coach, parked cars higher up did so very quickly.