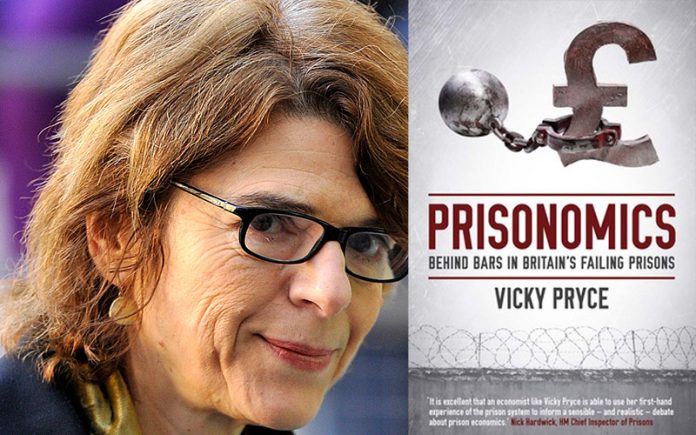 I have to voice my disappointment at the arts festival committee for agreeing Vicky Pryce (jailed for covering up her then husband’s speeding offence) as a literary speaker in this year’s interesting programme. I am actually quite angry about it and to argue that it is a positive thing, because it creates controversy, is not an excuse, nor is the fact that she might be a nice person.

For me it is not a matter [as suggested elsewhere] that she is a “criminal” and has been in prison. Actually, I thought it seemed rather punitive for the “deed” she committed; worse crimes have gone unpunished. My issue is with her “touting” her relative short prison experience on a literary circuit and making money from it. No doubt the experience was unpleasant – but nothing like most prisoners suffer who have been incarcerated for “minor” offences like fraud. It might be argued that I should listen before making a judgement. Maybe, but I would still see it as an abstract exercise for her.

Does Vicky Pryce really know what it’s like to return to a world of poverty, unemployment and being shunned by society? Even if she has ended up with a record, it will hardly change her life as she does not have to find employment in today’s prejudiced society. How would she (an economist, wealthy, with family/friends on the outside) know what it is like in real terms to rebuild life after prison?

I have worked for years with ex-prisoners; many ended up homeless, and their experiences were, and still are, very different. As an economist she may be able intellectually to analyse the penal system – and the human cost – but talking to a few people in the relevant areas hardly gives her knowledge in practical terms.

Exploiting her experience, and getting richer through the book and talk, will do very little to improve the penal system, or help any released prisoners. I would like to know if Vicky Pryce is going to do something practical to improve the penal system – books about it have been written before with no change in the system – or will donate any of her money made on this platform to a project to help ex-prisoners? This would at least make it somewhat acceptable.