Last weeks article in Rye News obviously struck a chord, judging by the number of comments received on this and previous articles on the subject. It’s clear there is a strong feeling of concern towards the issue of speeding, noisy bikers and motorists.

Many readers have been very vocal with their printed opinions and comments in Rye News and there are varying points of view, but it seems that in general terms, bikers are welcome to continue coming to Rye, but the rebellious element who make unnecessary and excessive noise and who continue to break the speed limits need to be weeded out and stopped.

Actions speak louder than words and until action is taken by the relevant authorities to make changes, all the articles and comments won’t make the slightest difference. This is a community problem affecting local people and we need act now if you want change. 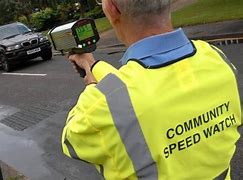 The police are stretched to breaking point at the moment, they too need our support to get on top of this problem and as an interim measure community speed watch volunteers could be the answer.

Community Speed Watch (CSW) is a national initiative where, in partnership with the police, members of communities use detection devices to monitor local vehicle speeds. Volunteers must only operate at locations approved by the local police and are only allowed to operate during daylight hours. The scheme allows volunteers to monitor the speed of vehicles passing through their community using hand-held devices which show the speed drivers are travelling.

When a driver is travelling at a set amount above the speed limit – typically around 10% – the vehicle’s registration, make, model and colour are recorded. A spreadsheet of all the offenders’ details is then passed to the local police who are likely to add them to a national database. Unfortunately no speeding tickets are issued, these schemes are predominantly about education and most use basic equipment which is not to the right specification for prosecution, therefore issuing a penalty carries no legal weight.

While penalties can’t be issued, the police will act if speed watch volunteers repeatedly report a vehicle. Each force is different but typically police will act after two reports of a vehicle speeding. In such a case, the vehicle’s owner will be sent an official letter reminding them of the law. If three letters are sent, the force will investigate further.

Most CSW activity takes place in residential areas, with speed limits of 30-40mph, so driving at excessive speed is a serious offence. Prosecution will not be possible from the speed watch team’s recording. As a matter of protocol only two to four (socially distanced) volunteers are allowed to operate at any one site at a time, and they must be in plain view of vehicle drivers at all times with high visibility jackets.

As CSW volunteers are highly visible and make use of a speed detection device, it is usually clear to vehicle drivers their speed is being monitored. This may be enough of a deterrent for many motorists to slow down and some motorists may mistake the volunteers for police officers.

The ‘community’ element of CSW could have a more positive effect on some vehicle drivers’ attitudes but CSW may only reduce vehicle speeds when the volunteers are present at the roadside. However, there should be a significant effect on drivers or riders who receive letters as a result of exceeding the speed limit. Other drivers may continue to reduce their speeds all the time, as they might expect CSW to return to the same place, or appear in another area of town.

There seem to be a good number of local residents who want to see more than regular articles which highlight the problems of speeding and irresponsible drivers and riders. Perhaps those same locals could make a difference and do something positive by joining forces and making their presence known, as community speed watch volunteers.

Its pretty straightforward to organise, just set up a WhatsApp or Zoom chain of communication, recruit your teams of volunteers, agree a plan of action and make that plan happen!

To become part of CSW, all you need to do is go to their website to register. CSW works on behalf of the police and communities to organise and coordinate CSW activity. Volunteers receive training with ongoing support from neighbouring policing team staff.

Once your group has something to report, Rye News will run an update and keep the community posted with what’s been achieved. This issue affects us all but nothing will change unless the local community makes it happen.

When Covid-19 struck earlier this year and when the chips were down, Rye Mutual Aid was formed, which made and continues to make a huge difference to so many people across the local area. Don’t leave this problem for someone else to sort out, why not make a stand and do your bit for the community and if you have time on your hands. why not use it positively and see if YOU can make a difference?