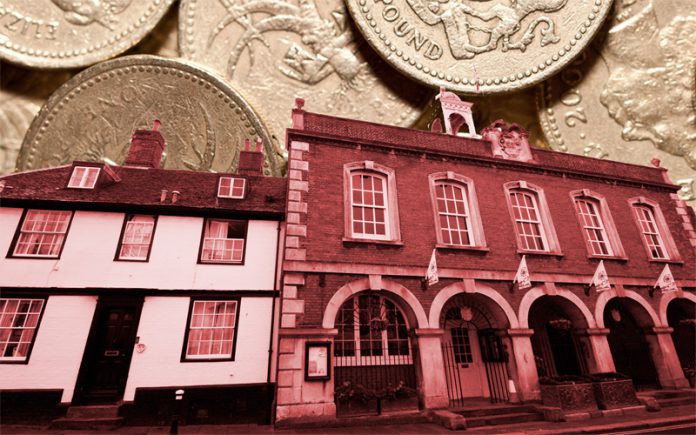 Imagine it. Rye has its very own steward. He’ll drive round in his Rye Town Council liveried van, busy weeding (manually only), picking up litter, cleansing the skate park and pruning trees and bushes. I’d love these tasks to be carried out by a Ryer and not by a company working for a distant council.

And, for good measure, let’s expand his role a bit: once he’s washed his hands, Rye’s steward will also “greet visitors and engage with residents and businesses”. How about that for a bonus!

It’s for real. Because this is the proposition that will be discussed by Rye Town Council at 6.30pm on Monday November 10. Item 66c “asks the Clerk to proceed to appoint a Town Steward”. So the appointee, the liveried van and the greeting could be a reality very soon.

So what’s the problem? The problem is paying for it. Margaret Thatcher advised that there was no such thing as public money, only taxpayers’ money. I don’t know many council taxpayers with bottomless pockets but I know many people who are already struggling to pay their bills.

I think that councils should treat “public money” with respect, treat it as other people’s money and be careful to spend it as wisely as possible and get as much value for money as possible.

Rye has other pressing problems, the urgent need for traffic management highlighted only this week when two fire engines were once more delayed in the town [see Rye’s burning issue – parking]. Is it not wiser to have financial resources available for this problem rather than blowing it in the haste to get weeds pulled up?

The council taxpayers of Rye are already funding higher councils, principally the county council, to carry out most of the work that is proposed for the new steward. This is double taxation for a start. Do you like paying twice?

Costs for the new post include the van (estimated cost £3,000), the rent for somewhere to park it and equipment – including a £450 composting facility, a chainsaw, brushcutter, leaf blower and hedge trimmer. Then there is insurance and £350 for the council’s livery and markings on the vehicle. Labour costs are estimated at £8,192 a year for 20 hours a week.

Full details can be seen on Rye Town Council’s website with the agenda for the meeting. Richard Farhall, the town clerk, has put an enormous amount of work into costing all this, which I much respect although the prospective spend worries me very much.

The proposal to appoint a “Town Steward” was discussed only last week at Rye Town Council’s meeting. A majority of councillors resolved to ask county and Rother first what funding they would provide for Rye to do their work, which would seem to be a fairly important point!

But no. After a flurry of emails, within days, nine councillors had signed a proposal to revoke that resolution. Hence the special meeting on Monday. So the nine haven’t bothered to do any hard-hitting negotiations with Rother and East Sussex. They’ve rushed on ahead, determined to rush it through!

Any move to appoint a steward before the end of March will lose any chance of money from Rother’s community fund, but never mind losing that, the steward will be in place to clear away any snow that might fall in January and February.

Rye Town Council has already dipped into reserves to renew the worn out regalia of the Town Crier. It went over budget because, in a moment of extravagance, a majority resolved to splash out £1,050 to buy three badges for past mayors.

In six months, a new body of councillors will be elected. Is it fair to burden them with the consequences of an over-hasty decision of a council in its last days?