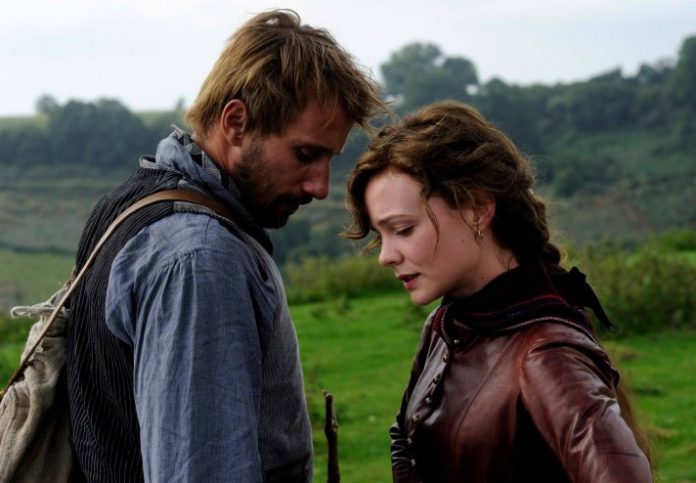 Rye Kino presents a special screening of Will and Testament plus a Q&A with the composer of the film score Michel Duvoisin on Friday May 22 at 8.30pm. All tickets £10 which includes a regular glass of wine, bottle of beer, coffee or a soft drink.

Tony Benn, the longest serving Labour MP in history, is also, arguably, the most popular UK politician of all time. Across the globe and in particular over the last five years, his brand of socialism has struck a cord with people of all ages and social backgrounds. For the first time ever through intimate, quasi confessional interviews and his personal, photographic and film archive. Will And Testament reveals a very human face behind the political mask.

Also showing at Rye Kino from Friday May 22 :

Far from the Madding Crowd 119 mins [12A]  Based on the literary classic by Thomas Hardy, this is the timeless story of independent, beautiful and headstrong Bathsheba Everdene, who attracts three very different suitors: Gabriel Oak, a sheep farmer, captivated by her fetching wilfulness; Frank Troy, a handsome and reckless sergeant; and William Boldwood, a prosperous and mature bachelor. A gorgeous adaptation starring Carey Mulligan, Matthias Schoenaerts, Michael Sheen, Tom Sturridge and Juno Temple.

Avengers: age of Ultron 141 mins [12A]  When Tony Stark jump starts a dormant peacekeeping programme, things go awry and earth’s mightiest heroes, including Iron Man, Captain America, Thor, The Incredible Hulk, Black Widow and Hawkeye, are put to the ultimate test as they battle to save the planet from destruction at the hands of the villainous Ultron. Directed by Joss Whedon and starring Robert Downey Jr., Chris Evans, Mark Ruffalo, Scarlett Johansson, Aaron Taylor-Johnson and Chris Hemsworth.

Perfect Pitch 2 115 mins [12A]  After a humiliating command performance at Lincoln Center, the Barden Bellas enter an international competition that no American group has ever won in order to regain their status and right to perform. The comedy sequel about an a capella singing group who are determined to represent the USA in the world championships starring Anna Kendrick, Rebel Wilson, Hailee Steinfeld, John Michael Higgins and Elizabeth Banks.

Great children’s films for only £6.50 and for every child ticket bought an adult goes free!  Runs first film at weekends. Grab a Kids Club loyalty card, have it stamped five times and get your sixth ticket free!

Moomins on the Riviera 77 mins [U]  The Moomins, Snorkmaiden and Little My set sail for the Riviera, where, after a journey fraught with menacing storms and desert island dangers, Snorkmaiden is dazzled by the attentions of a playboy and Moomin learns that jealousy’s sting is the most painful of all. When Moominpappa befriends an aristocrat and adopts the name ‘de Moomin’, an exasperated Moominmamma retires to the relative calm of their trusty old boat to wait for her family to come to their senses. A beautifully hand-drawn animated film replicates the original drawings of Tove Jansson.

Two by Two: Ooops! Noah is Gone 87 mins [U]  With warnings of a flood sweeping the land, the animals travel to the safety of the Ark. Animals are boarding two by two – lions, gorillas, hippos, nestrians… Wait a minute, nestrians?! Unfortunately for Finny and his dad, the clumsy nestrians in question, they are not on the list and so are not allowed on! However with a spot of luck they manage to sneak on board, but their troubles are only just beginning. It’s definitely not going to be smooth sailing!