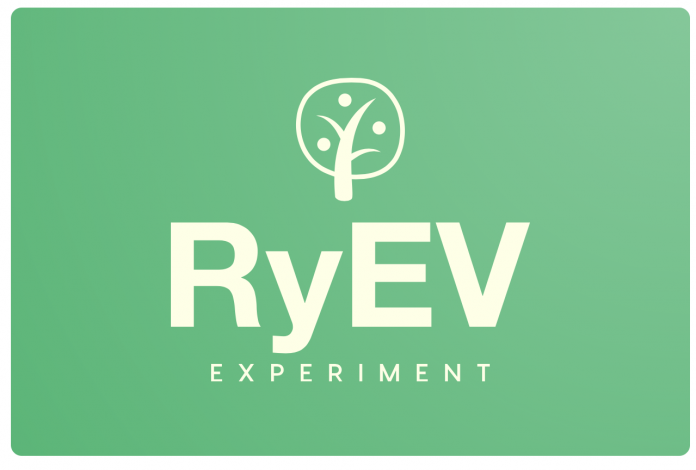 In the battle against vehicle emissions, there are signs that residents and visitors to Rye will, at last, have access to an electric alternative to traditional fuel. Rother District Council (RDC) has committed to install charging points for electric vehicles (EVCPs) in some of its Rye-owned car parks by the end of 2021.

As the number of electric vehicles (EVs) grows year-on-year, other organisations in and around Rye have recognised the importance of installing EVCPs so that the area does not become a ‘no go’ area for electric vehicles. The Rye Neighbourhood Plan highlighted the need for them back in 2019 and we should see the first EVCPs arrive shortly at The Hub on Rye Hill. In addition, the redevelopment of the Thomas Peacocke / Lower School site will be providing EVCPs as a condition of its planning consent.

To help businesses and individuals in Rye explore the options, and to champion EVCP installation, Hugh Kermode, who was part of the team that brought the Kino cinema to  town, has launched a Facebook group called the RyEV Experiment. The site will allow people to share best practice and signpost users to potential partners and sources of funding to install electric charging infrastructure.

It is hoped that this will help more businesses with car parks in Rye to adapt to the increase in electric car ownership and Rye News took the opportunity to talk to Hugh about the launch of the Facebook campaign and on his passion for EVs.

“It is fantastic news that Rother has committed to putting chargers in their car parks – and it will hopefully inspire some of the other car park owners to follow suit. I’m a long way from being an expert, but this seems to be a huge opportunity to get things right – and by implication to get things wrong! Join the Facebook group, have your say and we can feed the ideas and opinions back to the people who will ultimately make the choices of what to put where!” Hugh said.

“There are many people in the Rye area with knowledge of EVs. The idea is to share and learn from their experiences and perhaps come up with some ideas based on the real-world demands of EV drivers to help in the planning of the infrastructure.

“Some things may not be obvious. For example, you might think that putting EVCPs in accessible bays is the best thing – whether marked for people with disabilities or for parents and children. This may not be the best idea. People with disabilities need to be near the entrance of, say, a supermarket – for an EV driver, that may not be a priority and it would be a waste to take up a space needed by a user of a wheelchair to charge the EV of someone without access needs.

“It’s also crucial to consider what sort of charger* you are providing. In a location where people often leave their cars all day or overnight, you don’t necessarily always want to install an expensive Rapid charger which can charge a car to 80% in 30 minutes or so. That might be a location more suited to a cheaper fast charger (roughly a 4 hour charge). But you definitely do want rapid chargers near arterial routes so that people can top-up.

“Then there are the issues of how much to charge for the electricity and how to pay for it – swipe card, app, debit card and so on. These are all really important issues to consider at the planning stage which is…now! At the same time, we need to consider the continuing demands for non-EVs in Rye and the surrounding area while we manage the move towards many more electric vehicles.

“Some people are able to install their own chargers at home, but many people will rely on chargers in public places; whether they are residents, regular visitors to the town for work or to commute, or occasional visitors and tourists. It’s important to really think about the locations of the chargers, both in terms of which car parks and the location within the car park.”

Car parks must be carefully planned

Hugh isn’t the only person in his family with an in-depth knowledge of EVs. His brother Neil Kermode is a well-respected expert in renewable energy and has produced a report for the Orkney Renewables Energy Forum giving advice on how companies and local authorities should design their EV charging infrastructure.

One of the report’s main pieces of advice is think carefully about the design and layout of a car park because installing charging points is not cheap, with the report warning, ‘They are possibly the most expensive piece of infrastructure presently being installed in public car parks and it is important that they are installed in the best locations within the chosen sites.’

Hugh is at pains to say that the creation of the Facebook group is for anyone with an interest in EVs – both those who are thinking of going electric now or at some point in the future. “This is not some clique of EV evangelists and you don’t have to be driving one to join the Facebook group.” Hugh said, “But if you are an EV driver it would be great to hear your views and if you are ‘EV curious’, then perhaps the group can help.”

The growth in sales of all electric vehicles (EVs) has been well documented yet the provision for charging them in public places has lagged behind. In Rye for example, there are no public chargers at all. The nearest charging points to Rye are at the Flackley Ash Hotel in Peasmarsh and the Bell Inn, Iden – but both are for Teslas and are what is sometimes known as destination chargers, where you ‘fill up’ over a few hours.

The closest general-purpose chargers are in Ham Street station car park and Ivychurch village hall. Zap Map provides the location of the nearest charging points to Rye but, if all goes to plan, closer locations will appear soon.

*There are many acronyms and initials in the world of EVs and it can seem daunting and designed to exclude the uninitiated. The thing that you plug your car into to charge-up is technically EVSE (Electric Vehicle Supply Equipment) – but ‘charger’ is a clear enough term!