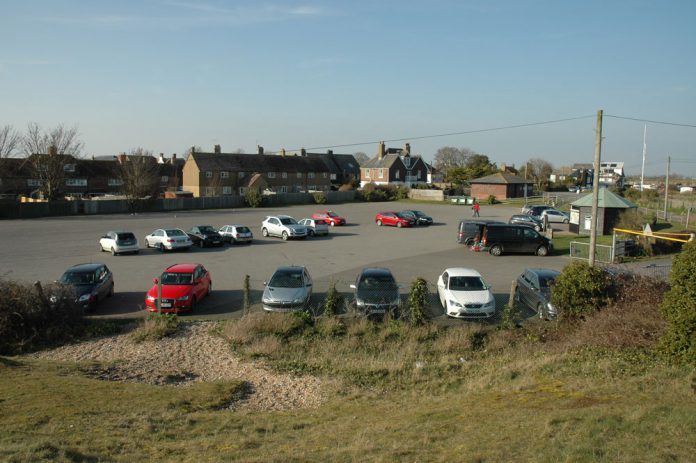 A decision in principle by Icklesham Parish Council to lease the car park and public toilets at Rye Harbour from Rother District Council has provoked an angry response from council tax-payers in at least one of the other villages that make up this parish (Icklesham, Winchelsea and Winchelsea Beach). Parish councillors have been discussing a 99-year lease, from Rother District Council, for at least two years.

Although the proposed lease will be at a peppercorn rent of £1 a year, the parish council will be taking on the running and maintenance costs, which are unknown. The parish clerk has speculated that they could be in the order of £18,000 per year. One councillor has suggested a figure of at least £22,000 a year, while others believe that even this number is an underestimate, if only because they exclude future rebuilding costs.

At an emergency parish council meeting, called on 23 March in Winchelsea, to try to make a decision on the proposal, notice was given to the council (by your correspondent) of a ‘Parish Meeting’ to discuss the parish council’s proposal. A Parish Meeting is a special meeting of the community, which can be called by a group of at least six voters, under the Local Government Act 1972.

At a Parish Meeting, voters have the power to oblige Rother District Council to undertake a Parish Poll (a ballot of the parish) on the question which the parish meeting has been called to discuss, in this case on the 99-year lease. The Parish Meeting has been called on Monday April 20 and will take place in Winchelsea. It has been suggested that, in order to reduce the cost, the poll should take place on May 7, at the same time as Parish, District and General Elections.

According to Icklesham Parish Council’s documents, the proposal is being driven by the concern among Rye Harbour residents that, if Rother District Council continues to run the car park, it may impose parking charge in order to finance the maintenance of the car park and toilets. Or it might  lease the facilities to a commercial company, which would do the same. This could drive tourists to park on the streets in Rye Harbour, crowding out residents.

In a briefing paper prepared for a meeting of Icklesham Parish Council in January, the parish clerk, Anna Evett, wrote that Rother had a ‘need to continue to make financial savings for the foreseeable future and therefore a wish to continue to dispose of non-essential services, including loss-making car parking and toilets, but do not want to close the Rye Harbour facilities because of their importance to visitors to the Harbour and Sussex Trust Conservation Area [she meant the Sussex Wildife Trust].’ Ms Evett explained that, while Rother District Council is rate-capped, parish councils are not.

Evett also reported that ‘the total costs per annum of the public convenience and car park facilities is [sic] unknown’ as ‘I have not succeeded so far in getting any accurate figures from Rother, who say that their public conveniences are managed and financed en bloc by Hastings Borough Council, so detailed breakdowns are difficult to provide.’

Based on such information as Rother District Council has provided and ‘comments’ from Polegate Town Council (who have taken over the toilet in their High Street), the clerk suggests a figure of £8,910 per annum for the toilet alone.

On the car park, she notes that there are ‘no figures available at this stage’, but a subsequent report to the parish council in February, recommends that £11,000 be budgeted. The clerk posits a total figure of £18,000 a year, but this appears to be largely guesswork, given the lack of financial data. There has been some interest in the Icklesham Parish Council in charging for the car park (at a lower rate than Rother District Council or a commercial company might do) in order to generate income to help pay for maintenance. But the clerk has pointed out that the lease states that the parish ‘is not to make any car parking charges for use of the Property’ unless Rother District Council agree and ‘provided they get a cut of the revenue.’

It is also suggested that charging for the car park would require a very substantial capital expenditure to bring it up to standard and that the district council is unwilling to contribute to that cost.

It appears that Rother District Council may or may not agree to contribute towards the £700 estimated annual cost of maintaining the toilet (pictured). If they do, it will only be at a reducing rate and only over the first 10 years. They will not share more than £8,000 per annum of the costs to clean, open and pay for water, sewage, electricity and insurance. They will also not pay towards repairs to rectify criminal damage, even though the second report to the parish council talks of a history of ‘serious vandalism’.

The clerk drew councillors’ attention to the fact that the ‘original Cabinet decision [by Rother District Council] was to lease its public conveniences after refurbishment’.  However, ‘monies to do this were not released and the current likelihood is that the public conveniences will only be in ‘fair’ condition. It will be necessary for the parish council to create a fund to refurbish the toilets to a good or better standard in the foreseeable future. A figure of £3000 will need to be put aside for this work in addition to the above.’

None of the figures includes the cost of replacing Rother’s Parking Places Order, or a recommended asbestos survey of the toilets. There is also mention of a covenant,which requires the tarmac-covered car park to have a beach-like surface, but this has not so far been enforced.

Finally, Icklesham Parish Council originally asked Rother District Council for a break clause, at the fifth and tenth year. Their solicitors replied that the district council ‘may consider a mutual break provision, but this would need to be on 12 months’ notice and the provisions for Rother’s maintenance contributions would need to be renegotiated.’ The parish council’s own solicitor suggested that they drop the request and the council has agreed to do so.

At the meeting on March 23,  Councillors Austen, Horsman, Lyward, Stanford and the Chairman, Councillor Turner, supported the proposal. Councillors Bronsdon, Chishick and Sutton opposed it. The remaining councillors expressed concern about the cost of taking on the toilet, but were happy with the idea of running the car park. Further estimates of the possible cost were suggested. Councillor Bronsdon thought the annual running cost would be £22,000.

Councillor Chishick accused the parish council of being reckless, in considering taking on such a huge and long-term financial burden, without any clear idea of the size of the commitment. Councillor Sutton believed the council would have to repair the car park some time in the next 99 years. This would add at least £100,000 to the bill. However, Councillor Lyward claimed that the toilets would be cheaper than suggested by Councillor Bronsdon, on the basis that her cleaning company had tendered for the contract from Rother District Council (which, she argued, meant that they knew exactly how much the costs were, despite denying this to the parish council).

Other councillors, supporting the proposal, noted that the Rye Harbour village hall and the Sussex Wildlife Trust had both offered to sublease from Icklesham Parish Council. However, opponents argued that, if these groups found the task too onerous, the parish council would have to take back the responsibility. In the end, the council again deferred a decision. The parish clerk was asked to go back to Rother District Council and enquire again, if they would agree to lease the car park on its own.